So the May Bank Holiday weekend is now behind us.  It marked the official opening of the season on Clare Island and also coincided with our own adventure race and women’s wellbeing weekend.

Of course, the weather on Saturday wasn’t so good.  We had glorious sunshine all last week, but the rain came on race day.  Never mind, we still had a great turn out and a really great day.  But don’t take our word for it – check out the photos on our Facebook page.  The smiles say it all!

Congratulations to all the winners: 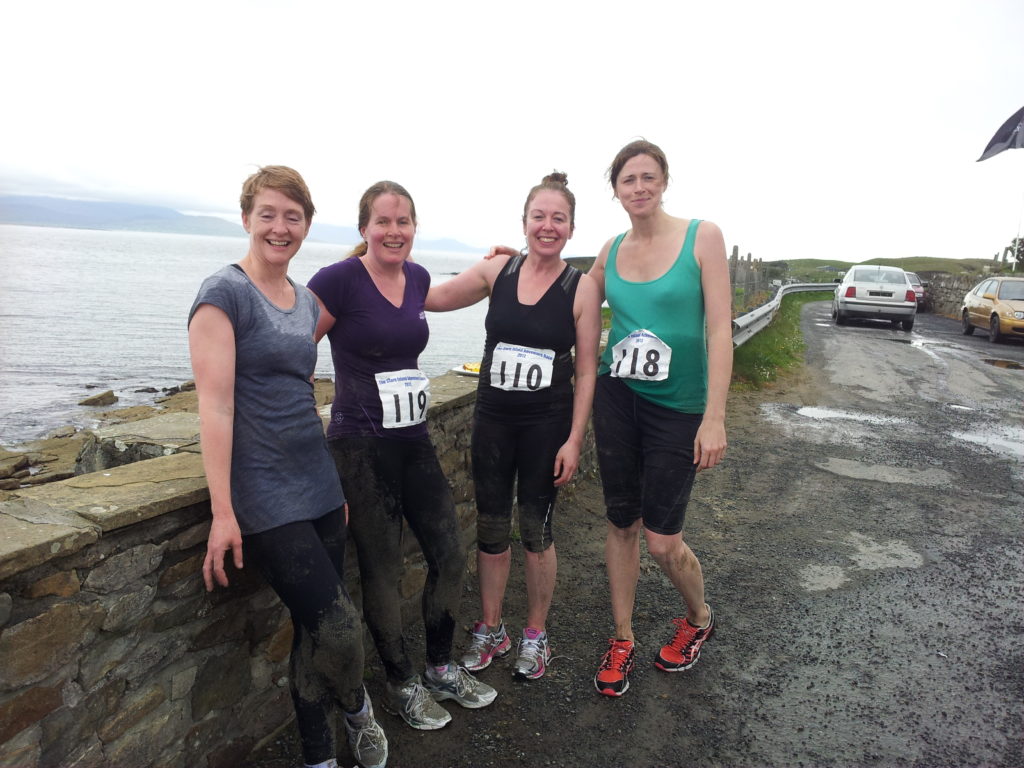 It was great to see you all giving it welly and doing it with smiles on your faces.  That’s what we love!!  And to us, you’re all winners.  Fair play to one and all for making the trip to the island and taking on the challenge on a day when you would have been forgiven for choosing a good book in front of a roaring fire instead.  We’re so thrilled you came out, and even more delighted that you’re all promising to come back again next year. 🙂

Of course, the race was just one event in a weekend-long programme focussed on Women’s Wellbeing.  The Friday evening talk by Ciara Cullen was well attended and received, in particular the advice given on eating habits. The Yoga session after the race was also a big hit and the race participants were pretty amazed that evening at how well they were feeling after such a tough race.  We’re delighted to think we have inspired athletes to consider combining yoga with their existing exercise regimes.

With an overall weekend theme of female empowerment, former O’Malley Clan Chief Ellen O’Malley gave an excellent talk on the subject in the intimate setting of the lounge at Go Explore Hostel. Again everyone took something from it and, to say the least, during the after party the women present were standing tall and most certainly being counted!

Speaking of the after-party, we were thrilled that most of the Adventure Racers stuck with us – we know there was plenty of enticing events on offer in Westport and Louisburgh too.  With a live bluegrass band playing the night away, it was definitely a race-hard-party-hard day and night.  A really good day and night!  In fact, all in all, we’d consider the entire weekend to have been a huge success and we’re really looking forward to welcoming more of you to the island over the next few months.

Please note our booking system is off service from October 2020 to end of March 2021. Please view the ferry timetable for further information.
x
We use cookies to ensure that we give you the best experience on our website. If you continue to use this site we will assume that you are happy with it.Ok